The Humax DTR-T1000 YouView HD Digital TV Recorder in the living room started to play up, it was now out of warranty, so I decided it was time to remove the cover. Following the removal of three standard screws the cover came off easily. 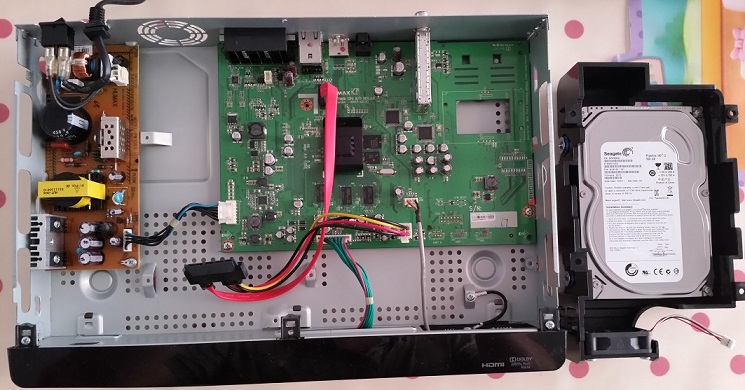 I removed the drive caddy from the main chassis, then the standard Seagate 500GB SATA Hard Disk and connected it up to a PC as the only hard disk, booted and set the BIOS to ‘auto’ for the SATA interface. I let the system boot from the Spinrite CD, and set Spinrite to work at Level 2 – Recover unreadable data.

Off to bed, leaving Spinrite to do its magic on the 500GB. The next morning Spinrite was still going so despite the moaning I was subjected to about the lack of TV in the house, I left it to run. 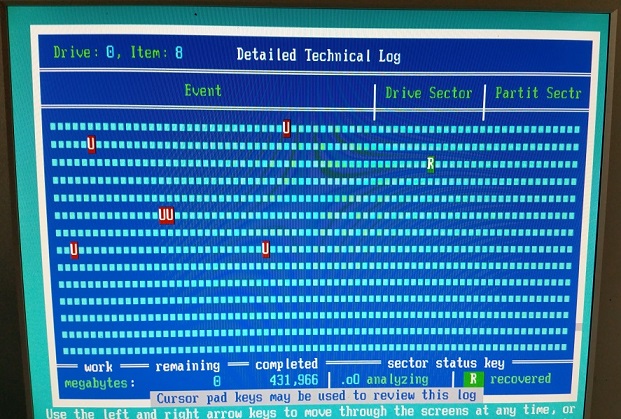 Spinrite was still running the following evening (24 hours on), I glanced through the screens and decided to leave it to do its work. DVD tonight I thought, that will give it till this time tomorrow to complete, a good 48 hours. 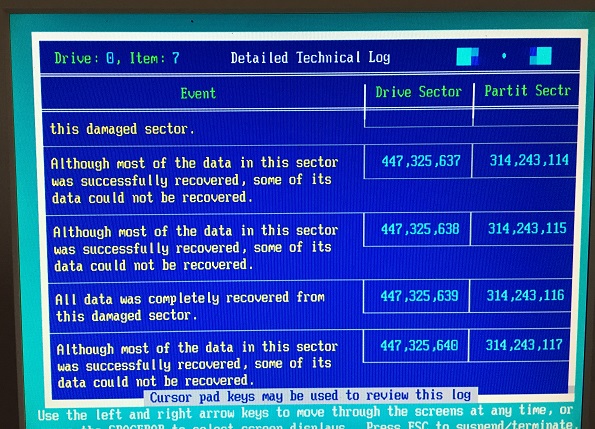 Spinrite completed after 3 days, 22 hours and 19 minutes. I reconnected the drive, noted the internal fan appeared to have failed (maybe the cause of these issues…?) and connected it back up to the TV.

On came the box, and it booted successfully. All recordings were then available and the Humax DTR-T1000 YouView HD Digital TV Recorder functioned correctly. I did have a couple of recordings with issues, presumably due to unrecoverable sectors, however these recordings were still on the whole watch-able, and then once deleted, the issue was behind me.

For more about Spinrite, see: https://www.grc.com/sr/spinrite.htm